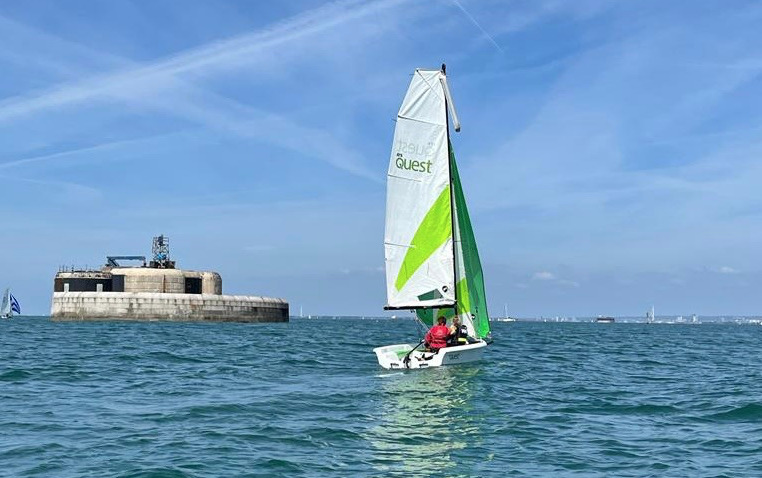 " With the first two races of the Spring series having been cancelled due to strong winds, there was a danger of losing races three and four to lack of wind! In the event, after a half hour postponement to allow a light east, south east breeze of 3 to 5 knots to settle two short races were completed for all classes. The fast handicap managing two rounds of a triangular course and the Slow and Scows just one round of a windward/ leeward.

In the fast fleet Chris and Georgina in the RS200 won the first race from Roger and Gill Herbert in their Flying Fifteen, with the order, just, reversed in the second race.

In the slow fleet Duncan Bates dominated in The Swan winning both races and in the Scows Anne Barlow also won both races.